﻿August, 2014:
Ashley Quigley Explores the next frontier of Human evolution in her scifi thriller BREEDERS 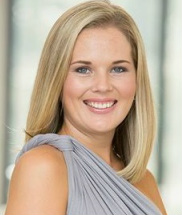 The realm of Science Fiction is where writers go to dabble in what tomorrow holds.

While SciFi is often maligned for all-too-often exploiting a dystopian future, many authors prefer stripping away the layers and layers of technology and technobabble in favor of returning characters to their human roots.  There, readers once again find people they can not only identify with but root for when the various ‘forces of progress’ rear their ugly heads and try to engineer a better world.

And what finer human experience is there than naturally making a baby?

Ashley Quigley’s thriller, Breeders, posits such a prospect.  In her world of tomorrow, Quigley shows us a society that’s fallen apart and, in no short order, has had to turn to selective breeding in order to guarantee mankind’s survival.

“Having studied the ethical issues and controversies surrounding genetic breeding and designer babies, I started to wonder what would happen if your genetic prowess was the new currency and determined your place in this world,” Quigley says.  “Would our interference of natural selection by genetic breeding create super humans? This book inspired me to investigate further the human reaction to a situation which could threaten our entire existence.”

Her protagonist in the cautionary tale – a young woman named Ariet – reaches a certain age wherein she can be silently taken away from her family by the Creators, the secret puppetmasters hoping to repopulate a repaired Earth in their designed image.  Paired up with Mason – a young man who also retains the preferred genetic profile – Ariet stumbles into love.  But when their offspring lacks the desired gene, she and her lover and their mutual friend Thor will risk their safety in defying their captors, even if that means escaping their perfect paradise into the wild beyond the New World.

“Although the book centers around science fiction, the scientific terms and genetic references are factual and make reference to studies performed worldwide, where researchers are trying to select for genetically favorable characteristics and disease free humans,” Quigley says.

Breeders is the first book in a planned trilogy.  The author is hard at work penning the second installment, one she insists will focus more on the males of the story.

Quigley – a self-professed ‘neat freak’ – finds herself often being reminded by her loving husband that life doesn’t take place in a lab.  It’s a trait she readily attributes to her postgraduate degrees in Biochemistry and Microbiology.

“After a five-year stint working in commercial laboratories I discovered that my love of English and writing was too great to ignore,” she says.  “So I came a full circle and reverted back to my first love, writing, which I have found more fulfilling than anything else I have done in my career.”

Breeders can be found for sale digitally and in softcover on Amazon.com, Lulu.com, and Smashwords.com.  Presently, the book maintains a four-star-average on Amazon. 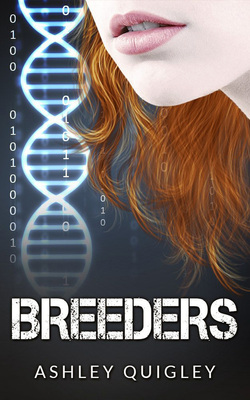 Logan’s Run.  The Hunger Games.  The Island.  What do those titles have in common?

First, they’re science fiction.  Second, they've made for great movies.  Third, as science fiction, they each tinker in the world of tomorrow where a secret ruling elite engages in some nefarious behavior right under everyone’s collective noses.  Fourth – and this is essentially what’s most important to those of us either reading or watching from the outskirts – once the mask comes off, that’s when the real story starts.  Why?  Because conflict is required at the core of any good dystopian novel in order to maintain the interest of the audience.

Conflict does show up in Ashley Quigley’s Breeders.  It might not be as early on as one would hope; but those reading closely will see that something a bit darker and a bit more sinister is waiting around the corner for these characters.

(NOTE: The following review will contain minor spoilers necessary solely for the discussion of plot and/or character.  If you’re the type of reader who prefers a review entirely spoiler-free, then I’d encourage you to skip down to the last two paragraphs for my final, unblemished assessment.  If, however, you’re accepting of a few modest hints at ‘things to come,’ then read on …)

To her utter shock and confusion, young Ariet has been taken away from her parents.  As fate would have it, she carries within her twenty-year-old body a recessed gene that the world’s elders desire to be made dominant.  Paired up with Mason – a child of the elite with the same genetic condition – she is to begin the process of breeding an infant who can be raised by the scientists tasked with saving mankind from extinction.  But a turn of events will put Ariet and her unborn son marked for termination, leaving the woman with only the most dangerous alternative: flee the city before they strike her down!

Breeders heavily dabbles with ideas not all that far from today’s headlines as author Quigley shows us a world only now starting to recover from near-extinction from illness.  Quigley introduces a society of surviving classes – the commoners are sheltered away but properly cared for in quadrants while those with the best genes live with greater luxury inside a heavily walled city.  Her heroine, Ariet, serves as the catalyst to spur this particular tale into gear – the realization of her own secret genetic gifts – and because she’s from common stock her eyes are perhaps those best skilled for us as readers to experience this world.

The story is told in first person – a narrative technique many critics love to punch the stuffing out of for reasons I’ve never quite grasped or agreed with – and I found it mostly effective given the highly personal nature of Ariet’s reflections: she's forcibly paired up with Mason – a young man she’s never met – and ordered to procreate.  (That means "sex," kids.)  After being torn away from her own family, science decrees she must start one all of her own; add to that the emotional complexity of birthing a son who might be the thematic equivalent of a ‘savior’ to his kind, and what better way to keep those feelings in perspective while giving readers the birds’ eye view?

Granted, there are a few turns of events that transpire here which smack of more theatricality than necessary (i.e. Mason turns out to be a bit of a rebel without a cause; his friend Thor is too closely associated with a certain Marvel hero for my tastes; Mother Creator is more ‘Mother Superior’ and far too coldly critical to be seen as a benevolent force in this world).  Still, Breeders moves with an almost clinical efficiency (ironic, no?) from start-to-kinda/sorta-finish; readers are left hanging with a big finish and an epilogue that doesn’t answer any of the big questions but instead hints at big things to come when audiences return for Part 2.  Now, yes, that smacks more of commercial set-up than anything else … but I did find the world interesting enough to show up and find out where all of this might wind up.

Lastly – and only because I’m a stickler for things – this novel has a fair number of typographical errors.  There was nothing that rose to the level of dramatically pulling me out of the experience; still, I thought it worth mentioning as that’s the kind of guy I am.

Seriously, I don’t read all that many young adult novels.  It isn’t that I dislike them; rather, it’s just that I haven’t been all that intrigued with the ones I have seen through to their finish.  Ashley Quigley’s Breeders, on the other hand, held my interest after a slow set-up as the author introduced me to a world of tomorrow that looks and behaves much like those same worlds of tomorrow with which I’ve found some intrigue (and mentioned in my first paragraph).  As this is the first part of a trilogy, who knows where it’ll go?  For now, I’ll be interested in seeing where it’s headed.